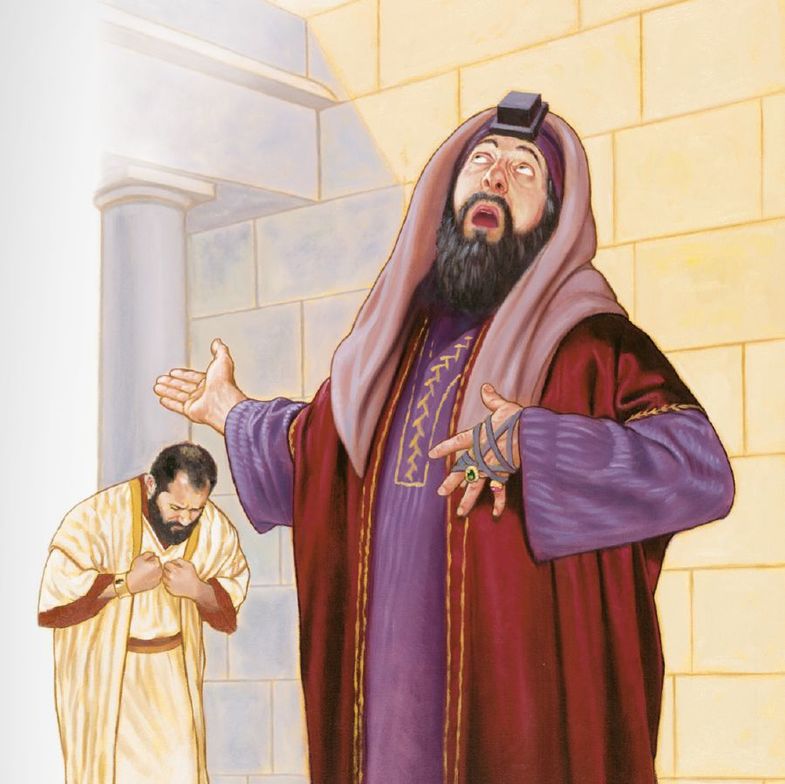 9 Also He spoke this parable to some who trusted in themselves that they were righteous, and despised others: 10 “Two men went up to the temple to pray, one a Pharisee and the other a tax collector. 11 The Pharisee stood and prayed thus with himself, ‘God, I thank You that I am not like other men—extortioners, unjust, adulterers, or even as this tax collector. 12 I fast twice a week; I give tithes of all that I possess.’ 13 And the tax collector, standing afar off, would not so much as raise his eyes to heaven, but beat his breast, saying, ‘God, be merciful to me a sinner!’ 14 I tell you, this man went down to his house justified rather than the other; for everyone who exalts himself will be [a]humbled, and he who humbles himself will be exalted.”

What is our attitude when it comes to prayer? These verses give us a vivid picture of the different attitudes of men and women in prayer.

One Pharisee makes his way to the temple, his heart full of pride. He believes that, because he attends temple regularly and has an esteemed position, he is SOMEBODY! He gives tithes, and fasts often - he must be on God’s “A” list!

The Pharisee was quick to consider himself more valued than the tax collector, who had humbly made his way to the temple. He wouldn’t even look up to heaven, but hung his head and beat his chest in repentance.  He cries out, “God, be merciful to me a sinner!”

Oh, that we would realize we have all sinned, and we are saved by His grace!

Sep 12
Turn Fear Over To God

Subscribe to receive email updates with the latest news.